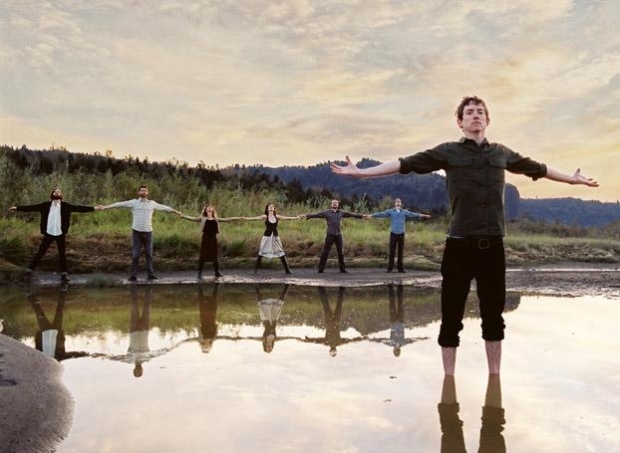 It’s been awhile since an album caused any sort of feeling for me, other than the feeling that I’d heard it all before. I can count on one hand the albums that were total game changers in terms of how I knew music could even sound (see: every single Tallest Man on Earth album, Bon Iver’s Blood Bank EP, and the first time I heard Debussy – Clair de Lune! – at age six) and I’ve been in a bit of a music funk for awhile now, in search of something new.

But after playing around on rdio last week, I found AgesandAges, and it’s become my new go-to music. According to their website, they specialize in “tent revival harmony” and they capture a “sense of earnestness and exuberance”. Fine, fine. I just say, in the midst of a rainy, crappy San Francisco January, Alright You Restless is the musical equivalent of frolicking barefoot through a field.

I could use a little more frolic, you?